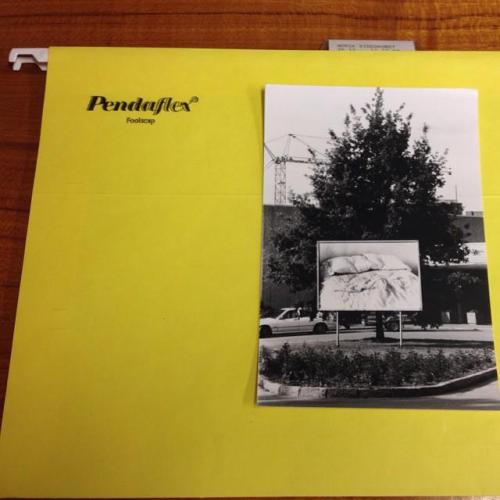 A Pendaflex for the Future

A Pendaflex for the Future was a research project, which took the form of a curatorial residency, focused on reflections on Henie Onstad’s exhibition history through a present day curatorial lens.

International curators and writers were invited to stay for a month and conduct research in the Kunstsenter’s archives and commissioned to develop a text about a specific production of contemporary visual art, performance and sound since 1969.

The curatorial residents were nominated by an international advisory group.

The idea for the project grew out of a mentorship for CCS, Bard graduate students, initiated by Milena Høgsberg, and her dialog with mentees Cora Fiscer and Robin Lynch, who she encouraged to explore the archive during their time at the museum. Followingly, Høgsberg hosted residents Amanda Palmer, Biljana Ciric, Nicole Smythe Johnson and Raluca Voinea, and edited their written contributions.

In 2021, Henie Onstad published the anthology It Must Out-Making Exhibitions Since 1969, gathering all of the contributions to the project.